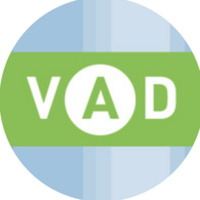 Kelton Cram will be our guest this year.

Kelton earned a BA in Fine Art for Sculpture and Painting from North West College of Art in Seattle, WA, and a Masters in High-End Computer Graphics from Gnomon School of Visual Effects in Hollywood, CA.

Kelton started out his career as an illustrator, then moved into digital art and became a conceptual designer in the film industry for costume, creature and environment.

His work has been featured in more than 50 Hollywood titles, including many of the Marvel and DC superhero films such as “The Amazing Spiderman”, “Batman vs. Superman”, “Deadpool 2”, as well as “Lord of the Rings” and Stephen King’s “It”.

Alongside his career as a Concept Designer, Kelton also teaches Advanced Character and Creature Design courses at Chicago University and Gnomon School of Visual Effects.