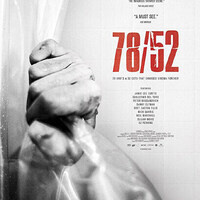 Come enjoy thought-provoking documentaries at the Center for Arts and Media!

Each screening will be followed by a discussion with SLCC faculty.

Free and open to the public | No tickets required

Free parking after 5:00 PM on the east side of South City Campus using code FALLFILMS at the kiosk. Click HERE for the Map.

The use of face coverings by everyone, regardless of vaccination status, is strongly recommended while on campus.

In 1960, Alfred Hitchcock’s Psycho changed film history forever with its taboo-shattering shower scene. With 78 camera set-ups and 52 edits over the course of three minutes, Psycho redefined screen violence and set the stage for decades of slasher films to come. Aided by a roster of filmmakers—including Guillermo del Toro, Jamie Lee Curtis, Eli Roth, and Peter Bogdanovich—director Alexandre O. Philippe pulls back the curtain on the making of the scene, breaking it down frame by frame and unpacking Hitchcock’s dense web of allusions and double meanings.

Free and Open to the Public | No Tickets Required