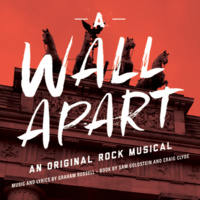 Featuring the New York Musical festival production team with music and lyrics by Lord Graham Russell of Air Supply and a book by Sam Goldstein and Craig Clyde, A Wall Apart will come to the stage to commemorate the 30th anniversary of the destruction of the Berlin Wall. With scars from one war, three brothers in East Berlin face another as the Berlin Wall divides their city. As the brothers strive to find their way; three generations of family ties, brotherhood, love, marriage and parenthood are tested. What is the price of liberty, and will the wall divide or unite this family?

$12-$23 (Students receive 1 free ticket and 3 tickets at half price/SLCC employee up to four (4) tickets to any Grand Theatre performance at half price.)

Register
This event content is powered by the Localist Community Event Platform.